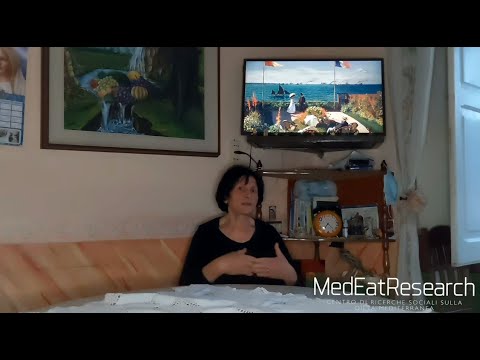 Immacolata Avitabile
When the artichokes’ smoke goes out

The interview retraces the memories of mrs. Immacolata Avitabile and her family who guide us on a journey through the most intimate traditions of the people of the “Pagans” that every year since the seventh century after Christ celebrates the feast of Madonna delle Galline, a festival that is lost in its centuries-old traditions very dear to the “paganesi” people that between pagan dances dating back to the cult of the goddess Cybele survived to this day and with the new traditions is repeated every year.

The Mediterranean Diet conquers the Presepe

Maria La Gloria
Ancel and Margaret Keys: the friendship that changed my life

Guido Graziussi
My life in Cilento with the Mediterranean Diet