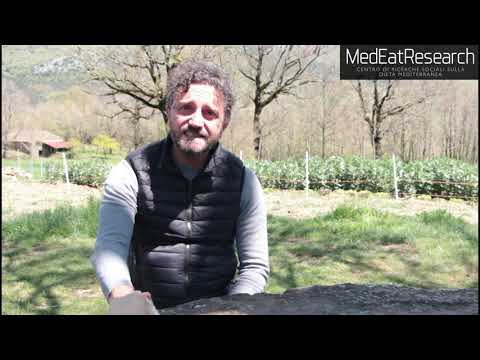 The topics covered in the interview concern the history of Antonio Pellegrino and the Social Cooperative “Terre di Resilienza”. Crossing old traditions and establishing new ones they have rebuilt a social network in an area of the Mediterranean that served as a granary of the region. With the recovery and spread, through the establishment of a Monte Frumentario, of ancient grains that have recovered patiently around the region first and then Italy. Each season culminates with the race of the Palio del grano, a popular festival set up to bring people closer and to “revitalize the rural

The Mediterranean Diet conquers the Presepe

Maria La Gloria
Ancel and Margaret Keys: the friendship that changed my life

Guido Graziussi
My life in Cilento with the Mediterranean Diet